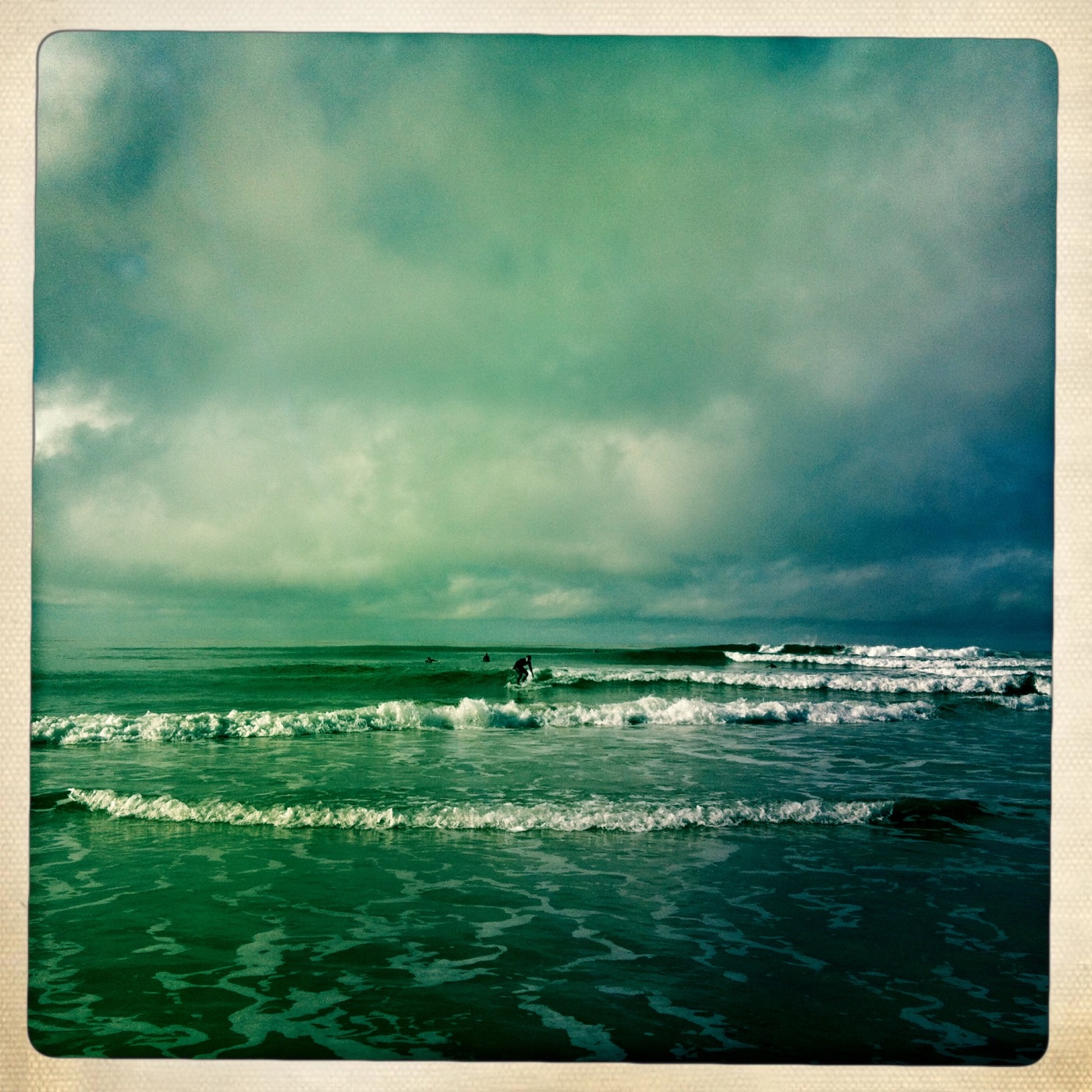 Last weekend I took a surfboard to the side of the head on a truly beautiful day. I stayed in the water and rode a few lopsided waves, mostly to convince myself that I didn’t have a concussion: the Pacific having dropped to the high 50s helped stave off the swelling, and all proved no worse than a headachey notch in my humility belt. It was one of those lucky bell-ringings that didn’t (apparently) result in any real injury beyond the insult-to variety, which served to remind me yet again that the things worthiest of loving/doing usually also risk inducing the most pain.

The inevitable discomfort of pursuing that which is worthwhile inspires this post, the first in a long-overdue ‘backlog’ series. The rationale for beginning is that I woke up this morning with a feeling I haven’t experienced in some time: the desire to actually write something. I spent the last five years or so publishing at a relentless pace, but have taken an almost total break from the practice since spring: down-time that has been wholly necessary for reasons work/life balance (a euphemism for finding myself with a lot less time to do something that had started to feel seriously unpleasant). Too busy plus sick of is a powerful combination.

Since starting my current position, I’ve come to write less due as much to an increasingly teaching/project/presentation-centric workload as to motivation run dry. The development of a more visual/experiential and less discursive practice has been welcome, but it’s also produced an odd sensation of stasis and delayed rumination, as though these months have entailed a subtle shift away from considering my working experience through the lens of a hypothetical critical reader. I blogged back in April about the power of audience and access to compel excellence in student work, and the same seems to be true of my own. This has brought a concurrent realization that the reader is missed, and moreover might be essential to the best-case processing of my experience.

The relative absence thereof has resulted in the piling up and/or passing by of many experiences left un- or underexamined, and so I dredge up backlog exhibit a). This summer at ALA Annual I gave one segment of a highly enjoyable panel on publishing. I was deep in a trough of equal parts fatigue and self-imposed break, so my presentation came filtered through a slightly affectionate (but mostly frustrated) sense of aversion:

My point was simple, and is the motivation behind forcing myself to start posting again: writing is difficult, but it is precisely the agony of drafting/revising/editing/rejecting from which its value is derived. Writing (particularly about ones work) can be soulless, boring, hollow, and tedious; it can also be meaningful, exploratory, and challenging. In my own output, I find that what separates the latter from the former is a sense of conviction and/or urgency behind the themes, words, and ideas, and a dogged acceptance of the nauseatingly steep ratio of change that occurs between first and final draft. Conviction and acceptance evaporated for a spell, leaving many posts half-finished and dismissed. This created not only a layer of calcification over my desire to engage, but a skepticism about my ability to do so in the first place.

I realize, though, that I’ve pushed through the block in other ways. One of the messages of my publishing presentation was that writing does not have to be a major task that you sit down to do: the development of one’s voice can and should occur in all forms of text, and it is possible to consider any written communication meaningful however superficially trivial it might seem. The more you engage with the iteration and recursivity of composition in even the randomest of messages, the more meaning individual and collective derives from the result (and the sharper your abilities will stay).

I know from experience that yielding to fear or impatience associated with a task introduces a subtle pause and/or sense of doubt, which, if left unchallenged, metasticizes into bigger doubts and longer pauses. While composition shouldn’t be forced, it can be coaxed, developed, and pushed forward according to the context at hand… even when said context is highly unpleasant (like now, for instance). Committing myself to working through both block and backlog of half-explored projects feels a bit like surfing to prove I don’t have a head injury, but in the end it achieves the same effect: abiding by that which doesn’t come easy.